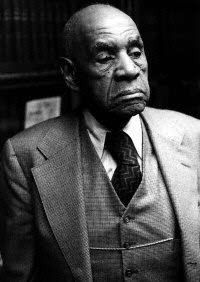 Wilber Allen Page was born in Cincinnati in August of 1895. He was the son of Rev. H. L. Page, minister of Calvary Baptist Church. After growing up in Cincinnati, Page served in France during World War I with the 317th Army Engineers. Soon after returning to Cincinnati, he was asked to serve as the temporary pastor of the Union Baptist Church. In 1919 the congregation asked him to stay on as their permanent pastor, a position he would hold until his death 66 years later. His effectiveness as a leader was shown early when he began a door to door effort to gain new members of the church and bring back delinquent ones. Between 1919 and 1930, membership at Union Baptist increased from 210 to 1000.

During the latter half of his career, Rev. Page helped oversee the building of a new church on 7th and Central after the site at Richmond and Mound was lost to urban renewal during the late 1960s. Shortly thereafter, the church sponsored a housing project funded by the city. The resulting high rise was called Page Tower in his honor.

He saw his position not only as a leader of the church, but of the African-American community as well. On the local level, Rev. Page served on the Cincinnati Recreation Commission for 20 years. During that time, the Commission developed the Avon Center in Avondale, Lunken Playfield and the Over-the-Rhine Community Center. Page served on several local boards, including the Hamilton County YMCA Board of Directors. For 25 years, he was a trustee of Central State University, where a dormitory has been named for him. In 1979, Page was selected by the Greater Cincinnati Chamber of Commerce as a “Great Living Cincinnatian.”

Rev. Page continued as pastor of the Union Baptist church until his death in November of 1985. The impact he had on his church, the African American community, and Cincinnati still remains today. Union Baptist Church and Page Tower stand today as a testament to him.